In upgrading the current path, our team cleared weeds from the path surfaces, repaired potholes and washouts, and conducted reprofiling to improve run-off and water management. All-in-all, the team resurfaced approximately 1,400m of path.

To ensure safe and enjoyable access, our team was also tasked with clearing the undergrowth from the existing and new paths, ensuring a 1m clearance on either side of the finished path width. Low branches close to the path were pruned, and logs from fallen trees were removed to establish this clearance zone.

For the entirety of the project, we set up just one compound area for our welfare unit and delivery zone. Though this does make access trickier, this step ensured that we did not cause damage to any existing or new paths.

To accommodate the machinery and crew needed on site, we built a path network from the farthest end of the path back to the compound area, thereby avoiding instances of, for example, dumpers driving on the constructed paths.

Due to the construction taking place during the Autumn and Winter months, the ground conditions were very wet, making it challenging to work on and potentially unsafe. To remedy this, we used a seven-tonne tracked dumper to move the aggregate from the tipping area at the compound to the five-tonne digger with an Engcon attachment that was used to construct the paths. Using this method, we also avoided damaging the existing path network, which was still open to the public during construction.

We used a particular path construction method in areas where tree roots were very shallow or above ground. This consisted of erecting timber edging on both sides of the path before laying a base of sand blinding to cover the surface roots, followed by a layer of geotextile Terram 2000, a layer of geogrid cells backfilled with washed gravel and a top layer of granite dust. This no-dig method allowed us to build over the tree roots without harming or disturbing them.

During the project, we were also required to steer clear of any construction work during bird nesting season. With different types of birds having different tolerance levels to disturbance, we needed to work with the Council Officer to plan our construction work around this season to ensure we do not harm any of the bird species found in this area.

With all footpath projects, we aim to provide a low to no maintenance solution that will stand the test of time for years to come.

The paths constructed at Auchmill will require zero maintenance from us for a very long time, and the Council’s landscaping team will be able to undertake minor repair jobs to maintain any parts that have succumbed to general wear and tear.

Aberdeen City Council were impressed with the work carried out, regarding it as a considerable overall improvement that was planned, executed and completed to perfection.

How can we support your next project? 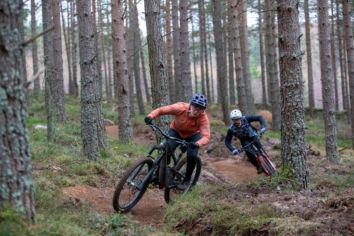 With the aim of building a new finish to the original Pitfichie downhill trail, we kept the natural feel rough and rugged throughout the build process. 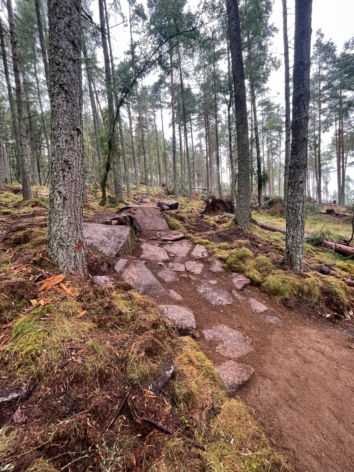 Taking place over three years, we have completed four river improvement projects for Edwin Third of the Dee District Salmon Fisheries Board under the supervision of cbec's Hamish Moir. 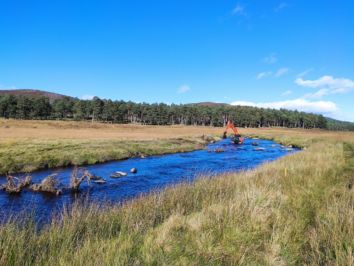 We work in sensitive environments to protect communities and habitats, allowing people to access nature in a sympathetic way. 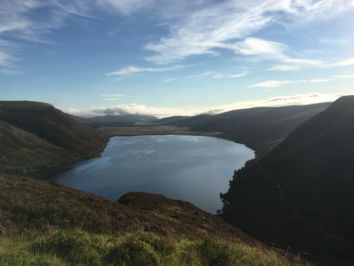 Our skilled team has the expertise to complete a range of civil works for different sectors and purposes, while reducing environmental impact. 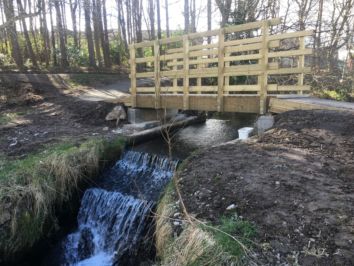 From concept to reality, we design and construct mountain biking trails and footpaths that are unique to their location and complement the natural landscape. 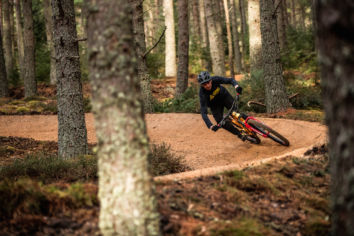